A superb, traditional Alsace village surrounded by vineyards... period houses with flowered windows... a fairytale scene such that you have to remind yourself that you really are in the little town of Boersch....


But Boersch is also a dynamic town with numerous, cultural and sporting associations, and very popular feast and fair days and other events. Something is always happening there.
Amongst the most exciting events are the Village Fair Day and the Wine Harvest Festival.
You are sure of a very genuine, warm welcome from our friends in Boersch! Why not go there and find out for yourself? 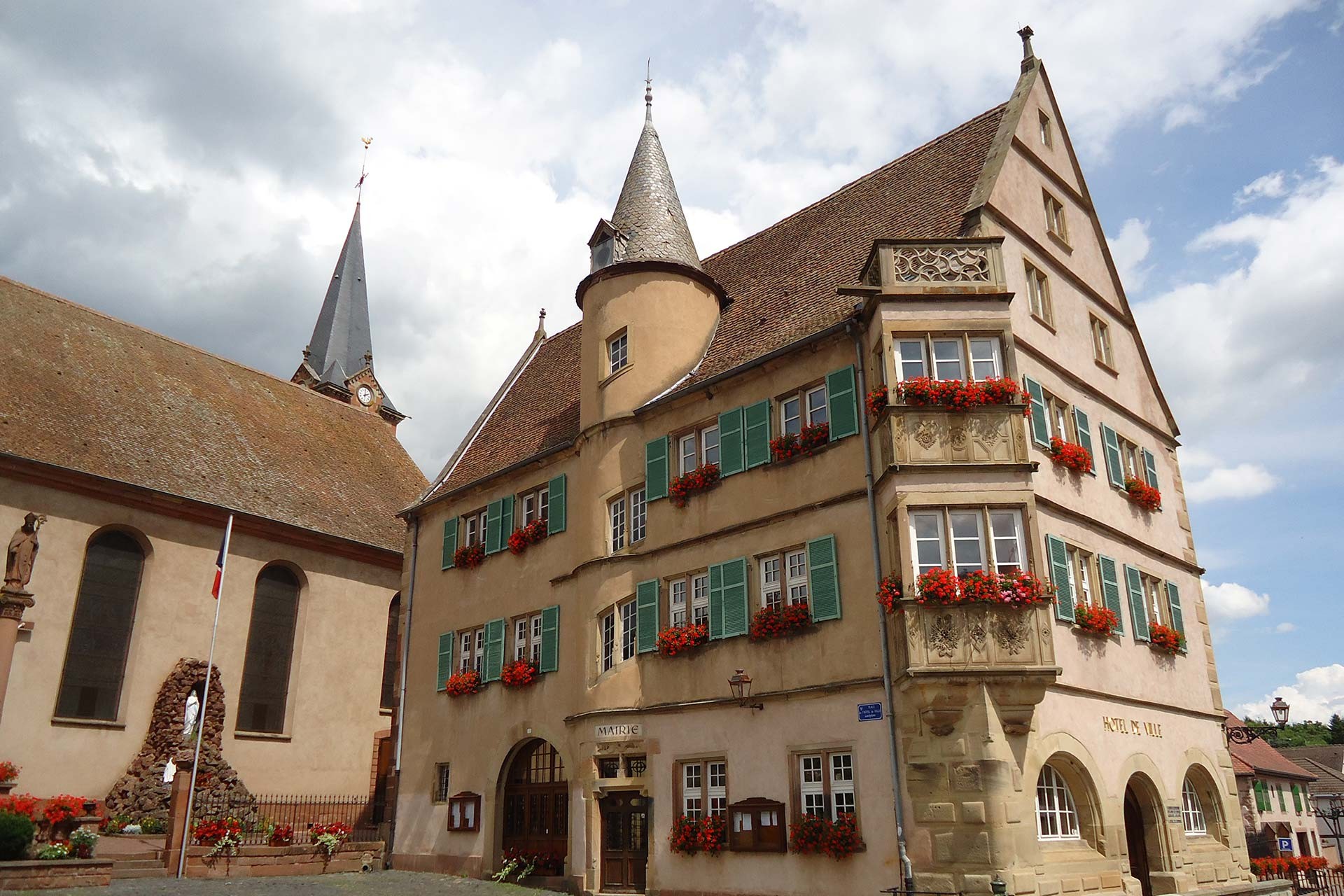 Sometimes the most extraordinary things happen by chance. It was just such an occasion that led to us meeting the people of Boersch, a magnificent traditional village nestling in the midst of the Alsace vineyards.
On their way back from an excursion to Mont Saint Odile, a group from Châtel were spending the evening at the Mulhouse-Basle airport restaurant. Another group happened to be there, on their way back from Venice; the groups were accompanied by their respective Mayors.
They started chatting, and the discussion became more and more lively. The groups introduced themselves; the Mayors met and shook hands. The atmosphere was more than friendly and a number of contacts were made. It was a case of love at first sight!
Later in the evening, the groups each went their way with the promise to meet again soon. And this is what happened. The Ste Cécile de Boersch chorale and the local fire brigade came to visit Châtel, and a group from Châtel returned the visit!
Thus the two villages, through their associations, continued the relationship which has since gone from strength to strength. In the end the two councils decided to start a twinning process.
The twinning took place formally in March 1982.
Its aim was to bring the people of the two villages together. While twinning between large towns only interests part of the population, when it concerns two communities that are still large villages in spirit, it obviously involves all the inhabitants.
People organise cultural exchanges and visits on holiday; they build close friendships and even establish commercial relations!
In the meantime, for events such as the celebration of Châtel's Fiftieth Anniversary as a tourist resort, Boersch's Wine Harvest Festival, and even the traditional village Feast and Fair Days, representatives of the other village are invariably present.
And whenever they meet, the cup of friendship is always full... with a fine wine from Alsace or Savoy.